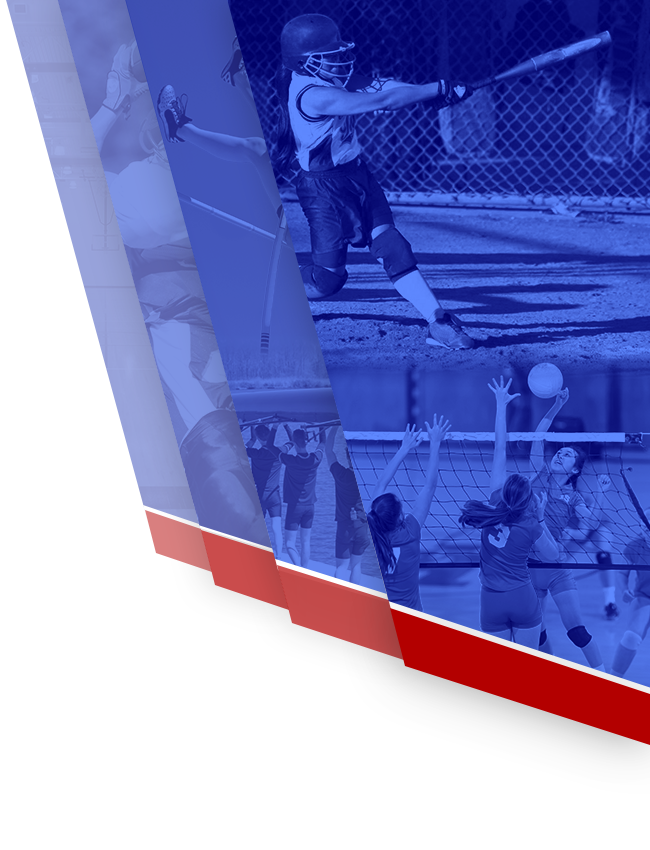 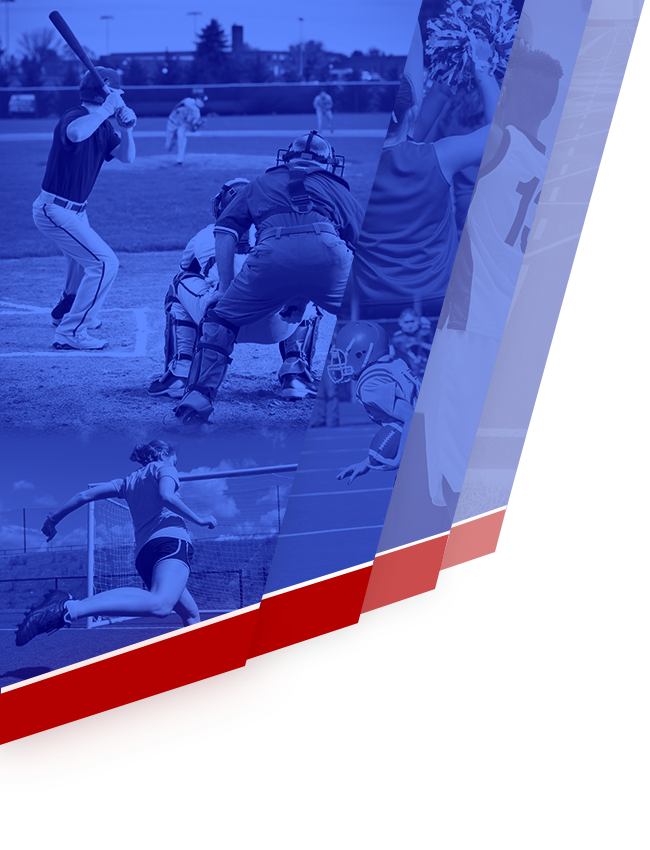 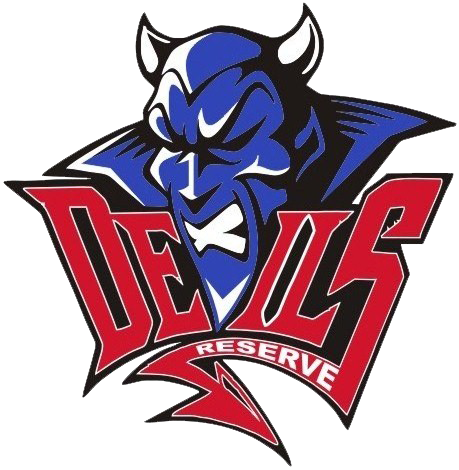 Rev. Russell Libb has been a proud member of the Western Reserve Community and School for many years.  Rev. Libb served the US Navy from 1965 through 1968.

He received his Bachelor’s degree from Malone University and a Masters of Divinity from Asbury Theological Seminary.  Rev. Libb pastored Berlin Center United Methodist Church for 38 years.  He is a retired United Methodist pastor.  Upon retirement he was awarded the title of “Pastor Emeritis”.

He has been married to Diane for 51 years.  They have 3 daughters who graduated from Western, Melissa Warren ’87, Noelle Roth ’91, Allison Mitchell ’94 and 6 grandchildren.

Rev. Russ Libb has been involved in many activities within Western Reserve School and Athletics, such as,

-Spoke at Commencement a number of times.

-Crisis Counseling at WR when needed.

-Chaplin for the WR Varsity Football team for the past 28 years.  He has served the football program under 6 head coaches and numerous assistant coaches.

Mr. King was a teacher at Western Reserve for 33 years and the Head Boys Basketball coach for 21 years.  During his coaching tenure his teams won over 260 games while his 1988-89 team set a school record winning 19 games and playing in the State Final 4 Championships in Columbus.  In 2000 his team won the ICL Championship.

Coach King would like to thank all the players, coaches and administrator’s whose efforts and support made this honor possible.

Congratulations to all the 2016 Inductees and good luck to all the Western Reserve teams this season.

In 1989 Coach Bob Topoleski and his staff enjoyed an historical season.  The Blue Devils began the season in search of its identity. In week 1, the defense rose up holding Crestview on downs twice inside their own 5 yard line as they preserved a 7-0 victory.  Then in week 2, Topoleski trusted sophomore Eric Eichert to carry the ball 36 times behind his confident growing offensive line as they squeaked out another 14-12 win.  In week 3, offensive coordinator Howdy Frank discovered he also had the ability to throw the ball as Gary Namie hit Scott Deal and Steve Miller for 5 touchdown passes.

Entering league play, Topoleski knew he had a strong defense, he was able to pound the running game, and he had the athletes on the outside to go up top when he needed to.

The Blue Devils were still dark horses as they entered league play predicted by many to finish below Mineral Ridge, South Range, Springfield and McDonald.  A 7-0 win over Mineral Ridge and a 19-18 victory over South Range proved critics wrong.  After trailing 28-13 on homecoming nigh to Springfield, the Devils needed all of its weapons to survive.  Topoleski stuck to the grind it out game plan in the second half with Marsh and Eichert and the defense delivered with turnovers and crucial stops.  Namie went deep to Miller for 75 yard touchdown for the nail in the coffin and the Devils stayed unbeaten.

The Devils entered the Division V state playoffs vs. Mingo Junction at Austintown Fitch High School with a perfect 10-0 mark.  After Namie dislocated his finger the Devils were forced to run the football and play defense.  A blocked extra point by Derek Rexroad proved to be the difference as Namie returned to the game in the second half and hit Scott Deal on a 22 yard pass play to give the Blue Devils the 7-6 victory.

The Devils which had defeated McDonald 13-7 on the road in week 7, lost to the eventual State Runner-Ups by the same score in the Regional Final Game which was also played at Falcon Stadium.

The 1989 Blue Devils were the first team to go undefeated in the regular season as they finished up with an 11-1 overall record.

Tom is a 1962 graduate of Western Reserve.  He continued his education and athletic career at Springfield College where he earned his Bachelor’s degree in education.  He furthered his education by attending Ashland University and Youngstown State University.

Throughout his career Tom earned 10 varsity letters.  4 in baseball, 3 in basketball and 3 in football.

Honors he received while playing football include:

Scored 300 pts during each his junior and senior seasons.

Dick is a 1964 Graduate of Western Reserve.  He continued is education and athletic career at Springfield College where he played football for 2 seasons.  He played on the only undefeated and untied team in Springfield College History.  He finished his college career at Youngstown State University where he earned a Bachelor’s Degree.

Honors he received while playing football include:

Set the season rushing record during his senior season.

Was the only player in Mahoning Co. to earn All-Ohio honors in 1963.
Honors he received while playing basketball include:

Set the individual scoring record in a game 34 pts.

Dick and his wife Lori were high school sweethearts and will celebrate their 50th Wedding anniversary on Sept. 10th.   He has a son Rich, daughter Monica and 2 grandsons Zach and Nate.

While playing football he achieved the following honors:

He went on to play football 1 year at Edinboro where they won a Pennsylvania Conference West Title.

Chris graduated with a BSED from YSU and a master’s degree from Ashland University. He has taught and coached the past 29 years. He was fortunate to coach in programs that were highly successful.

The majority of his coaching career has been at West Branch Schools. He was fortunate to be on a varsity staff that celebrated a 93-17 record from 1991-2000 as well as these accomplishments.

He feels fortunate to have been associated with many great student athletes throughout his years of coaching . He continues to stay involved by coaching middle school football and girls 7th grade basketball at West Branch.

Chris is married to his wife Stephanie and is the father of 4 wonderful children, Melissa, Kinsey, Clayton, and Caleb.  He also has 1 beautiful granddaughter, Madelyn.

Chris would like to thank the Western Reserve Community for the privilege of being raised here in Berlin Center and is humbled by this recognition.

John was a graduate of Western Reserve in 1979 when he earned Class Salutatorian Honors.  He continued his athletic and academic career at Mount Union College where he played varsity basketball and graduated as the top student in the department of business and economics.

John was a 4 year varsity letterman in basketball and 3 year letterman in golf.  He received many honors while playing at Western Reserve.

Honors he received while playing golf include:

John and his wife Mikki (Vidman 1980) have lived in Raleigh, North Carolina since 1984.  They have raised 3 sons, Spencer, Grayson and Chandler.  John has been in the real estate business for over 30 years.

Frank Lanterman earned honors while attending Western Reserve High School graduating with a 3.2 GPA.  He continued his education at Slippery Rock University and graduated in 1991 with a Bachelor’s Degree in Science and Business Administration.

During his football career he was named ICL 2nd Team his sophomore season for defensive back on the 9-1 football team.  His Junior season he was named ICL 2nd team as a receiver.  During his senior season he earned ICL 1st team honors at Quarterback.  He also returned punts and kickoffs, as well as handled all kicking and punting duties on the team.

Frank is married to Cindy Lanterman (Rhinehart).  Cindy and I dated for 6 years in high school and college, went our separate ways, got back together and have been blissfully and happily married since September 24th of 2006.  Between us we have 7 children.  I have a son, Cory, and 2 daughters, Ciera and Meagan.  Cindy has 2 sons, Seth and Jared, and 2 daughters, Eva and Anna.  We currently reside in Canfield, Ohio.

Steve Miller was known during his playing days as Chico.

Miller was selected 1st team All-League, 1st team Salem News, and 1st team Northeastern Ohio.  Steve was selected as the WYTV Student Athlete of the Week, and chosen to the Wilcom-Cellular One Elite Offensive Team.  Chico was a 4 year letter winner.  His senior season, the Blue Devils finished the regular season undefeated, earned the school’s 1st ever league title and 1st playoff victory.

During basketball, Miller led the Devils to 36 wins his junior and senior season.  Chico shot 44% from the three point line as he made 77 three point shots, but was best known for his passing from the point guard position as he dished out 234 assists his final two seasons.  During Miller’s junior season the team caught fire and led the town of Berlin Center to Columbus playing in the State Final Four.

Steve married his high school sweetheart Chrisie Harmon and they currently live in Berlin Center with their five children.  Miller is a teacher and coach at Western Reserve and has seen his basketball teams win three league titles and two District Championships as he has won over 150 games.

Steve would like to congratulate all of tonight’s inductees and thank every one of his teammates and coaches from ’89 for lifelong memories.  Good luck to the Coach Hake and the 2016 Blue Devils.

She continued her academic and athletic career at Malone college where she was  member of the volleyball and basketball teams.  Martha also served as a Student Assistant coach in 1982.  While at Malone she earned a Bachelor’s Degree in physical education.  She earned a Master’s Degree from University of Dayton in Computers in Education and a Technology Endorsement from Wright State University.

Honors he received while playing volleyball include:

Martha and her husband Lonnie celebrated 24 years of marriage and reside in Covington, Ohio.  They have one daughter, Ellie Nicole who is a Junior at The Ohio State University.

Martha was the first Female athlete to be recruited to play a sport in college from Western Reserve High School.

Chuck would first like to thank the Hall of Fame committee for this honor to be selected into the Western Reserve Athletic Hall of Fame (Class 2016).

I want to thank all my coaches and teammates.  Without the coaches and instruction and teammate’s moral encouragement this opportunity into the Hall of Fame would not have been possible.

I would like to thank my mentor and coach Al DeCola.  He taught me to be determined and to practice hard.  Then, to just run the race that you know you can run.

And thanks to my father, my idol, Richard Truitt.  He taught me too much to say.

I do recall a lesson in humility thought, when at 52 years old he said he could and did win a race around the pond.  Wow!  He was fast.

Chuck was awarded the Tower Award upon graduation and learned the trade of Machinist.  He is a Maintenance Tech @ Carolinas Hospital in System Florence, South Carolina.  He has been married for 365 years and has one child and 4 grandchildren.

Chuck is very thankful for this honor and is very happy to receive it.  He just wishes he could have been here.

Joyce Stoffer was a 1983 graduate of Western Reserve Local Schools.  She was elected as President of her class and National Honor Society President in 1983.  She earned Valedictorian honors upon graduating and was the recipient of the U.S. Army “Spirit of Victory” National Scholar-Athlete Award and the recipient of the Ohio Board of Regents Academic Scholarship Award.

She continued her education and athletic career at Malone College earning a Bachelor’s degree in Mathematics and participating as a member of the volleyball team in 1983.  She furthered her education obtaining a Master’s Degree in Sports Science from Ashland University.

As an athlete at Western Reserve, Joyce earned 13 varsity letters.  Basketball (4), Track and Field (4), Volleyball (3), and Cross Country (2).  She was a 2 time state qualifier in Cross Country in 1980, 1981.  Named All –League in volleyball and basketball in her Junior and Senior seasons.  Named Class A Player of the Year in Volleyball for Mahoning-Columbiana County in 1982.  She earned Honorable mention honors in basketball in 1983.  She was a member of the 1600 M Relay team that still holds the Mahoning County Record.

She has been a Math Teacher at Canfield High School for the past 30 years.  Joyce is a Cross Country and Track and Field Coach at South Range high School.  She also works as an Adjunct professor for Muskingum University.